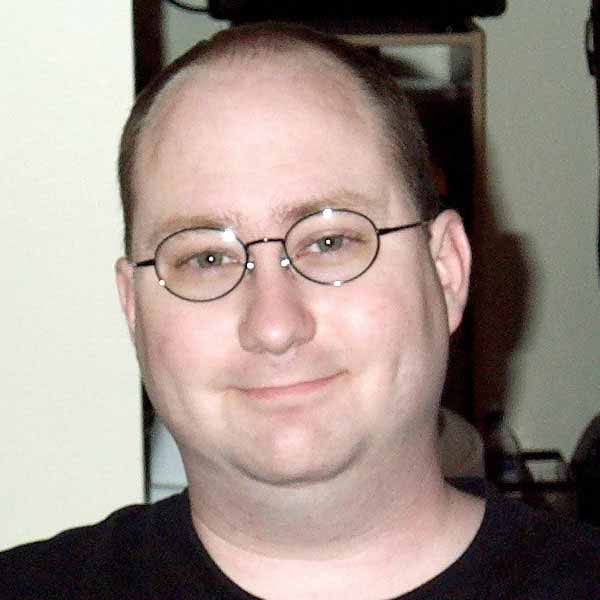 My social URLs are as follows:

I also have a [rarely updated] personal blog:

I hold a number of website domains, this is a couple of them:

My resume is available in 3 formats:

I am a college drop-out... I attended UCSB for two years under a computer science major. Though I performed very well in my area of major, I didn't take other areas of study as seriously. When I took an on-campus job my second year, I realized I wanted to be done with school & decided it was time to enter into the job market.

I a game streamer, playing various games online under the gamertag "Wribbin".

The following link to the services I actively use:

I've been married since 2006, and live with my wife in a 2 bedroom apartment in Camarillo, CA.

I was born in Southern California and have lived here all my life. The only residence I've had outside of Ventura County was my time at UCSB.

I am a Christian and attend church regularly. However, I was raised in a secular household.

I consider myself an Apple fan, and have actively used Apple computers since 1994. That said being a .NET developer and also having been a tech support provider on PCs, I have a lot of experience with Windows.

I'm a type 1 diabetic and have had diabetes since I was 7.

I have rheumatoid arthritis, and as a result have had both my hips replaced with titanium implants. I have a number of other physical issues related to it, and am legally handicapped as a result.

I am a registered non-partisan, having abandoned the party system a number of years ago. I tend to lean conservative but would more closely associate with Libertarian if I were forced to choose a party.

I tend to joke around a lot, usually leaning towards sarcasm. While most my friends generally find me funny I have been known to get on their nerves after a while.

I have a number of hobbies, the majority of which are tied to collecting:

In addition there are some others which I consider past hobbies:

I have a number of interests and favorites, though I'm the type who has trouble choosing just one favorite (with a few exceptions).

I have a long history of cars, but my current car is a Honda Fit. It's my second Fit, which I purchased after totaling my Honda CR-Z.

For anybody who cares, I have a wishlist on Amazon.com: